Do you have any questions that I can help you with? 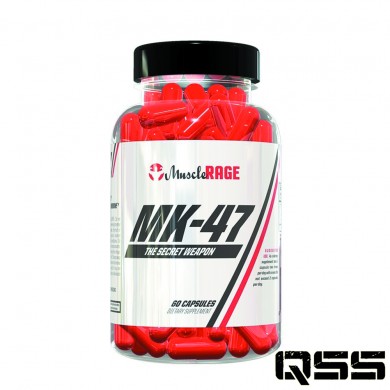 By buying this product you can collect up to 49 loyalty points. Your cart will total 49 points that can be converted into a voucher of £ 0.49.

MK-47 by Muscle Rage (aka MK-677) mimics stimulating GH of endogenous Ghrelin. A secretagogue is a substance that chemically signals the pituitary gland to secret growth hormone. MK-47 has been shown to increase the release and, importantly, sustain the increases in plasma levels of several hormones including growth hormone and IGF-1, but without affecting cortisol levels.

Human studies have shown to increase muscle mass and bone mineral density, it also has the ability to alter the metabolism of body fat. By increasing the level of growth hormone in the body MK-47 can lead to increases in lean muscle issue and even improve sleep.

Results occur from as little as 5mg per day and up to 25mg per day because of this dose dependant results should be expected. Please do though lookout for the usual side effects of GH such as numb hands, feeling lethargic and small-large increases in appetite.

In some individuals appetite can be mildly to greatly increased.

1-2 capsules per day with food for a maximum of 8 weeks followed by a 4 week break.

Read the full label before consuming.